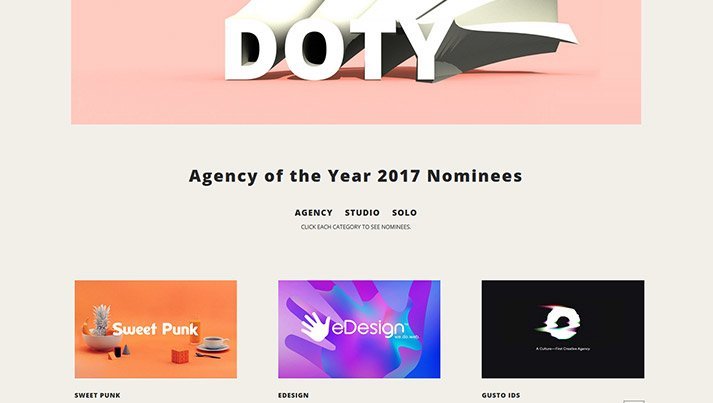 eDesign is proud to announce that our team has been nominated for "Agency of the Year 2017" at the prestigious international competition CSS Design Awards.

For the second consecutive year we are selected among the top 20 agencies in the world, including Sweet Punk, Epic, Aquest, Resn.

Website designs developed by our team have previously won several CSS Design Awards and our agency was named “Best Design Agency in Bulgaria” in 2016.

That same year, we were thrilled and humbled to be also included in the Top 50 Most Awarded Agencies Worldwide list by AWWWARDS.

What is this jazzy place?

eDesign Wins 5 Awards at One the Most Prestigious Web Design Competitions, the Davey Awards

eDesign wins 5 awards at one of the world's most prestigious web design competitions: The Davey Awards.

eDesign is Among the 50 Best Agencies in the World!

eDesign was included in the Best Websites Around the World book, with rankings among the most awarded web studios in 2016. The book was presented at the AWWWARDS Conference, which took place this February in London.

* you shouldn’t miss
Back to news board